"The bets are accepted!" 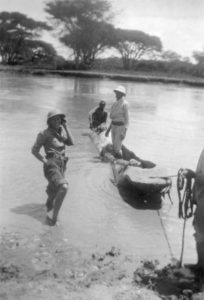 Her life would probably be the best subject for an adventure movie. In her short life (March 8, 1905 – March 24, 1938) Eva Dickson had it all. She traveled the world, visited war zones, was a newspaper correspondent, wrote books, piloted planes, participated in crazy car races, had a passionate love story with a wealthy aristocrat. Besides, she was the first woman who crossed the Sahara desert by car.
Eva Dickson was born in Sweden to Albert Lindström, a successful horse breeder, and his wife Maria.
Being 20 years old, Eva married a race car driver Olof Dickson, but divorced him seven years later. The reason for the divorce was that Olof didn’t quite appreciate the adventurous nature of his wife. 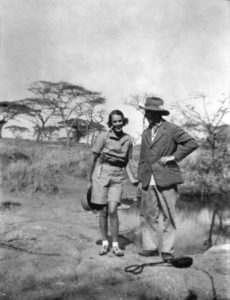 Eve's travels attracted a lot of public attention. She has published several books about her experience, as well as several guides for travelers. Eva earned money for her journeys by making bets with various wealthy people.
In 1932, she traveled by car from Nairobi to Stockholm, becoming the first woman to drive through the entire Sahara desert.
In 1932, Eva met Baron Blixen, the former spouse of the writer Karen Blixen. They met in Kenya and soon became lovers. There, in Kenya, in 1932, Eva took part in various expeditions. The following year, he and Blixen went to Ethiopia, where Dickson wrote about the Abyssinian crisis as a war correspondent for the Swedish newspaper The Weekly Journal. From Ethiopia, they returned to Kenya, driving 2,000 km on mules. 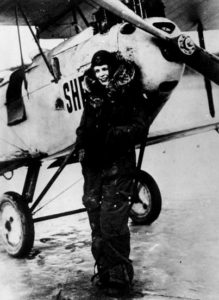 In 1936, the couple got married. Eva and Blixen spent their honeymoon sailing on a yacht near Cuba and the Bahamas in the company of their friends Ernest Hemingway and Martha Gellhorn.
On June 3, 1937, Dickson went on a trip from Stockholm to Beijing, intending to fulfill her old dream and become the first person who single-handedly crossed the entire silk road by car. She crossed Germany, Poland, Romania, Turkey, Syria and Iran. When she reached Afghanistan, she was advised to make a detour through India, because the route through the Afghan mountains was considered too dangerous for a woman traveling alone. Upon reaching Calcutta, Eva suddenly fell ill, was treated with arsenic at the hospital, which only worsened her condition. Moreover, in Calcutta, she began to run out of money. And when she learned the news of the beginning of the Sino-Chinese War, Dickson realized that she would not be able to reach her destination. Despite her illness, she decided to go back to Europe all by herself. After miles and miles of desert and mountain roads she managed to get to Baghdad. By that time her trip had already lasted 9 months, so she decided to make a short stopover.
After a dinner outside Baghdad she drove back to town. She was driving on a treacherous bumpy road in almost total darkness, and when she missed a curve, the car went down bouncing and rolling. Eva was pinched between the seat and the steering wheel, broke the neck and died instantly.
As a soldier dies at the battlefield, or a captain of a ship dies at sea, Eva Dickson died on the journey.